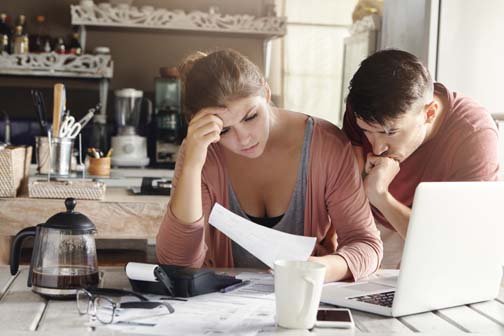 When the COVID-19 pandemic hit, utility companies across the country began waiving late fees and called a hiatus on disconnections of service for late payments and nonpayment. This obviously provided a great deal of relief and a welcome respite for many customers who had been furloughed from jobs or lost them entirely due to disruption caused by the crisis.

Three months later however, and the grace periods—some of which had been extended more than once as the pandemic and imposed government restrictions dragged on—are coming to an end.

Many utilities and energy providers have announced that they are discontinuing their grace periods and energy bills that are coming due in June will indeed be due for payment in timely fashion. Starting June 1st, cut-off schedules and late fees will resume, according to many utilities and providers. Others have indicated that while there’s no set date for their grace periods to expire, it won’t be as early as the June 1st date indicated by many utilities.

The writing on the wall, as it were, indicates that those energy providers extending the relief won’t be able to do so for too much longer.

Some Consumers Getting Extra Time

One such utility is Tennessee’s Nashville Electric Service (NES), which serves Nashville and its environs. “NES is pleased to be able to extend a grace period for nonpayment and waive late fees until June 30 in order to support customers who have been financially impacted by COVID-19” the company said in a statement released on May 22. “However, we strongly encourage customers to take advantage of resources available to them now in anticipation of the grace period ending.”

Utilities and providers that have ended their grace periods or which anticipate doing so shortly are advising their customers to seek help from local community and government agencies, Low Income Home Energy Assistance Programs, United Way and other private organizations that provide relief to consumers who are having trouble with utility bills. They’re also admonishing their customers to take advantage of their internal remedies, such as hardship payment arrangements.

Bureaucracy, Other Issues and Solutions

This of course doesn’t get to the heart of the problem where many consumers are concerned. Some of these will have been permanently let go from their jobs, or they’re furloughed workers who have not yet been given any indication of when they might get called back to work. Others may have lost businesses from which they drew most, if not all of their livelihood.

Many workers have technically been receiving unemployment payments, but some of these have been mired in bureaucratic red tape, or their payments have been slow to come. And while some utilities and providers have announced that they are continuing their grace periods past June 1st, essentially leaving them open-ended, the uncertainty regarding when they will in fact discontinue them doesn’t exactly ease their customers’ apprehension.

One remedy that some energy consumers in deregulated states have the option to consider is that of changing their electric and/or natural gas providers. In these states, consumers have the ability to shop for the best plans in their areas. While this may not necessarily solve their current cash flow problems, being able to choose energy plans based on advantages in contract length, plan type, energy source, and fees has helped many an energy consumer keep the lights on when things do get tight.

With grace periods ending and deadlines looming—even if many consumers aren’t sure what these will be—providers are advising their customers to plan ahead and to be proactive in making arrangements concerning their energy bills, even if they’re not currently able to render payment in full.