Columbus is the capital and the largest city in Ohio with a population of 860,093 residents. Columbus is the 2nd largest city in the Midwest and has a metro area of over 2.2 million people. The Columbus economy is centered around government and education with Ohio State University located in the city. Ohio restructured its energy market in 1999 when it passed Senate Bill 3 which made the state’s utilities restructure and allowed retail energy providers to enter the state. By 2001, Columbus residents had a choice in their energy supplier and could shop around for the best rate. For more information on the Columbus, OH energy market, including electricity rates, see the information below. 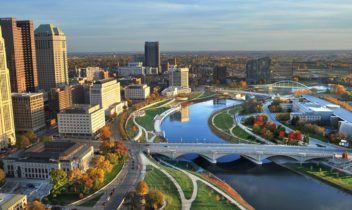 Home and business owners in Columbus, OH have the option of switching electricity providers which can significantly lower your electricity bill. Here are some of the top plans in your area:

A locked-in rate for an entire year that's environmentally friendly

With a fixed rate from Public Power, you'll get the peace of mind knowing your rate is fixed for 12-months.

Columbus, OH produces energy from a variety of sources. Here are the state’s current energy sources and energy production trends.

Looking for a specific city in Ohio? Check out our featured cities below for more specific energy usage information.