GE is Developing the Largest Wind Turbine in the World. And, it is Huge! 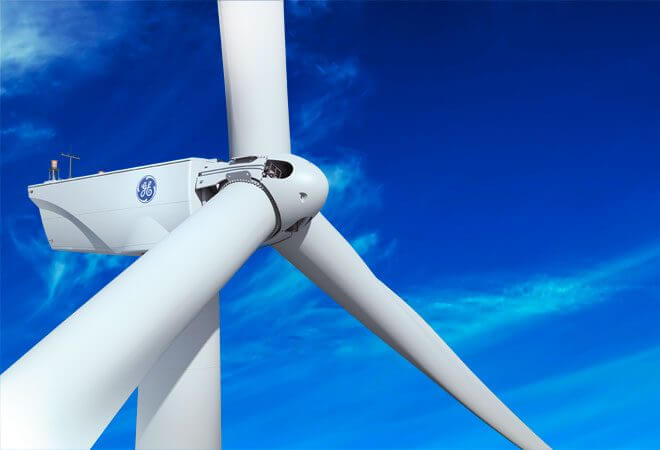 Solar energy, with its declining costs and innovative technology, tends to get all the press these days. But, big things are happening in wind energy as well… and I mean BIG!

In terms of efficiency, wind energy is pretty simple – the bigger, the better. The bigger the rotors and blades, the more wind the turbine is able to catch. That is why some companies are starting to push the envelope and see how big they can go.

GE Renewable Energy announced that it will be investing $400 million to develop a new monster turbine: the Haliade-X, which will be (at least until the next big announcement) the biggest, tallest, and most powerful in the world. The first units are expected to ship in 2021.

To put it in perspective, the median height of an onshore wind turbine in the US is 466 feet tall. Most of the new turbines are closer to 499 feet tall because once they are above 500 feet the Federal Aviation Administration required additional extra steps to be approved.

The new Haliade-X will stand and astounding 853 feet tall! Making it the largest wind turbine in the world. With its bigger size, the Haliade-X will be able to produce more energy more more often. GE says, each Haliade-X will produce about 67GWh annually, “enough clean power for up to 16,000 households per turbine, and up to 1 million European households in a 750 MW windfarm configuration.”

That’s “45 percent more energy than any other offshore wind turbine available today,” according to the company.