This Startup is Making Big Waves in the Renewable Energy Industry 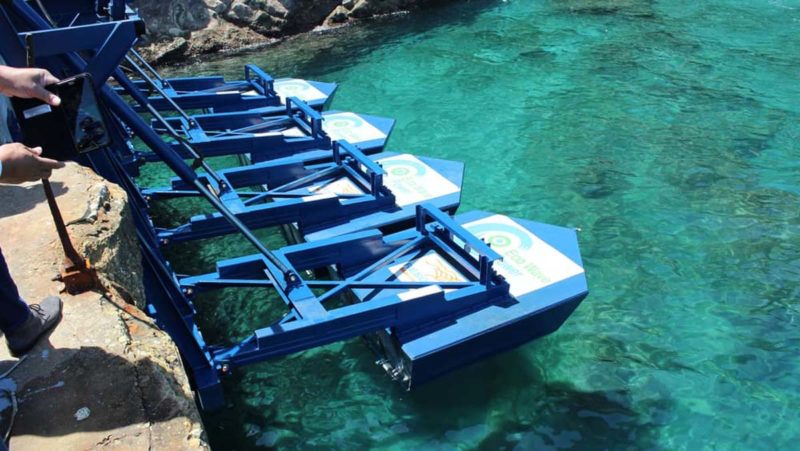 Inna Braverman is capturing the ocean’s untapped energy. Her Tel Aviv-based firm Eco Wave Power makes floats that attach to coastal infrastructure to harvest wave power and convert it into electricity. In May 2016, the company launched a commercial grid-connected plant: eight units attached to a jetty in Gibraltar. Next is a 50-megawatt project in China – “which for wave energy is huge,” says Braverman, 30.

Eco Wave Power’s floats are attached to quays and jetties via flexible arms. As ocean swells move in, the floats’ rising and sinking motion creates intense pressure that’s harnessed by hydraulic cylinders and transmitted via subsea cables to land, where it spins a generator to create electricity. Wave power creates energy more efficiently than solar or wind, explains Braverman, who co-founded the company in 2011 with David Leb, who serves as its CEO. “Because the density of water is greater than air, you can produce much more electricity with smaller, cheaper devices.”

In stormy conditions, sensors make the floats rise and sink for safety. Most of the infrastructure – generators, hydro motors, and accumulators – lies on land, shielded from the elements.

Braverman was born in Ukraine, two weeks before the Chernobyl nuclear reactor exploded in 1986. Radiation bled into Cherkassy, the city where she lived. “Most people don’t feel they’ve lost something due to pollution, but my background made it personal for me,” she says. “Our technology could replace existing traditional technologies that have their own risks.”

She recently was the winner of the C40 Women4Climate Tech Challenge, an international contest which was open to women designing innovative, climate-focused tech solutions.

In 2017, the company will complete the first stage of its project in China’s Zhejiang Province, a 5MW plant that aims to expand to 50MW by 2021 – enough to power 50,000 homes. They’re also rolling out in Chile, Mexico and the UK. Ghana, India and the Philippines have shown interest, too. “The world is showing us how good an idea wave energy is,” Braverman says.