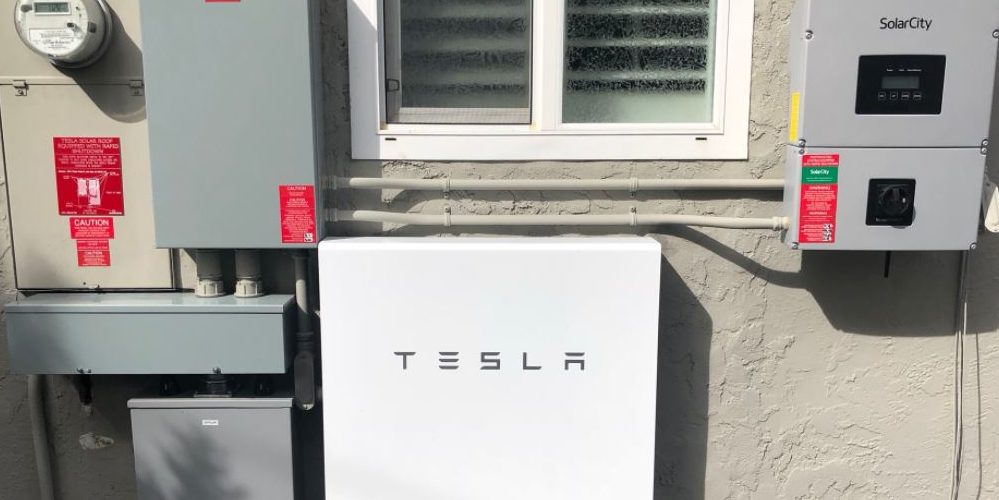 Tesla has enabled ‘Time-Based Controls‘ on its Powerwall 2 in a recent update. The controls are built to allow load shifting so customers can maximize electricity savings.

According to the battery maker, the Powerwall has an array of electrical current sensors that monitor energy usage and solar energy production, as well as “intelligent forecasting software” to predict future usage and production.

The manufacturer suggested that through the use of this software, Powerwall “learns” and will optimize when it charges and discharges to maximize production. An email was sent to the company requesting further comments on the functionality of these “learning” techniques.

Electrek.co has published images that a Powerwall 2 owner took of their Time-Based Control system options. The first series of images show the options menu for choosing which mode to run your energy storage hardware.

The company allows you to set and save a certain amount of electricity specifically for your backup in the event of power outages. Another set of menus allows users to program in time periods and their unique electricity rates. Both peak and shoulder prices, in addition to base rates, can be programmed.

Tesla is not the first company to develop this kind of time-dependent optionality. As the global market leader in residential energy storage, Sonnen has long offered this type of functionality to its customers.

In the majority of the United States, the total duration of outages on an annual basis is very low, and as such backup functionality doesn’t get used often. However, as California transitions all utility customers with behind-the-meter PV systems to time of use (TOU) rates – and states like Massachusetts dip their toes in these waters – we’ll have a need for this function. And if every single California home has solar power in the future, along with TOU rates, we might find ourselves in a situation where solar+energy storage makes more economic sense than solar power alone.