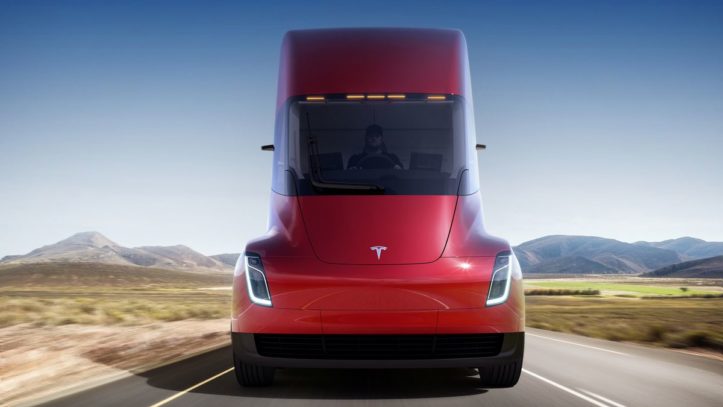 Meijer fleet manager Dan Scherer told Bloomberg’s Dana Hull: “Electricity is cheaper fuel than diesel, and you are less dependent on the spot-pricing of fossil fuel.”

Elon Musk, CEO of Tesla, unveiled the new heavy-duty truck in hopes to revolutionize the trucking industry. The all-electric semi can go 500 miles on one charge and has the ability to recharge 400 miles in just 30 minutes. The truck can accelerate to 60 MPH in just 5 seconds without a trailer and can get to the same speed in 20 seconds while pulling 80,000 lbs.

Tesla claims its Semi “is more responsive, covers more miles than a diesel truck in the same amount of time, and more safely integrates with passenger car traffic.”

The semi also features some first-of-its-kind technology and design, including the removal of a traditional clutch and gears, making them unlike any conventional big rig currently on the road.

The Tesla semi is set to go into production in 2019.