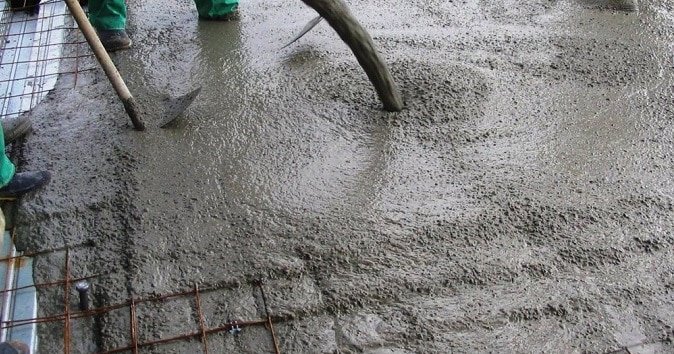 Concrete is the most abundant man-made material in the world. It holds up our buildings, provides us sidewalks, and, you may even be standing on it right now.

The problem is that concrete has a huge carbon footprint. In fact, it is estimated that it is responsible for 7% of our greenhouse emissions around the world.

This is because the ingredient that makes concrete strong, cement, is made by heating calcium carbonate which releases a lot of carbon into our atmosphere. Data from the United States Geological Survey — the scientific agency of the US government — reveals that global cement production was responsible for about 4 billion pounds of CO2 emissions in 2017 alone.

However, a Canadian company is trying to change all of that with their invention of a concrete that traps in CO2. Their hope to to eliminate the need for cement all together.

CarbonCure’s system takes captured CO2 and injects it into concrete as it’s being mixed. Once the concrete hardens, that carbon is sequestered forever. Even if the building is torn down, the carbon stays put. That’s because it reacts with the concrete and becomes a mineral.

Atlanta-based Thomas Concrete, a concrete producer, has been using CarbonCure’s system since 2016. Thomas Concrete says it has since prevented 10 million pounds of CO2 emissions.

Thomas Concrete pays to use CarbonCure and buys captured CO2 from a fertilizer plant where it’s emitted, but the company says those costs even out with what they save by using less cement.

“We understand that to make environment impact, you have to make business sense,” Gamble said.

CarbonCure is not the only company working on a greener concrete solution but they are one of the first to have their product to market. While cement isn’t going away anytime soon, you make see more and more companies switching to a greener solution for all that grey concrete.