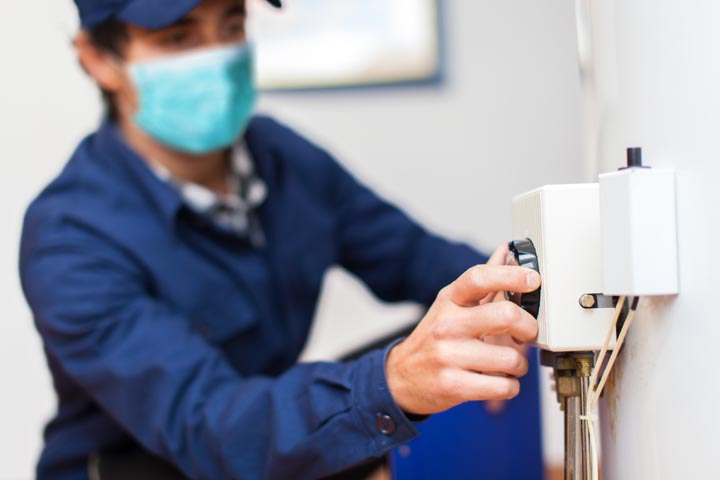 While the coronavirus pandemic has slashed jobs across the energy industry, jeopardized ongoing energy projects and threatened to cripple the fossil fuels sector in the long term, the subsequent restructuring that’s gone on out front and behind closed doors speaks to changes as well as improvements as the energy industry prepares to rebound.

Due to the one-two punch, the oil sector took as a result of the Russia-Saudi price war at the beginning of the year and then the COVID-19 pandemic, big-money lenders have become increasingly hesitant as regards large investments in oil projects. Renewables, on the other hand, are enjoying a warmer welcome these days despite the sector having taken a hit as well. This is largely due to the positive direction it had taken (economically-speaking) prior to the crisis, as opposed to the drop in fossil fuels.

Setbacks May Only be Temporary

It’s certainly true that the renewable energy and efficiency sectors have been hit hard this year. Many thousands of workers who install solar systems, insulate homes and install windows and other high-efficiency equipment have been able to perform their jobs, either because they’ve been furloughed or due to social distancing guidelines and restrictions.

“Georgia Power, which is part of Atlanta-based Southern Co., has suspended a refrigerator recycling program and part of a home energy improvement program. Decisions on those options were related to safety concerns around COVID-19,” according to a recent report in Energy & Environment News.

While these speed bumps have alarmed some environmentalists, they seem to be transitory phenomena—or at least that’s how the industry appears to be see it. Companies that participate in energy and efficiency areas are telegraphing their intention to resume work with a vengeance once the pandemic restrictions are lifted for good. It also appears that homeowners and businesses who were committed to efficiency before the pandemic remain just as committed.

A Boom in Efficiency & Renewables?

Despite the guarded optimism and doomsaying, some companies in rooftop solar have reported record sales throughout the pandemic, which tends to lend credence to the speculation above. Additionally, “[A] growing number of electricity companies are pledging to go carbon-free or be net zero by 2050, or at least drastically reduce emissions in the years ahead,” according to E&E News. Although energy companies never seem to move fast enough for environmentalists and industry naysayers, many corporations’ plans to improve efficiency remain in place despite the economy.

According to Kevin Mooney, an investigative reporter who writes about energy policy and environmental issues for RealClearEnergy.org, “The COVID-19 outbreak certainly disrupted the energy sector, just as it has countless other industries. But these setbacks are only temporary. Oil prices have already started to rebound as global markets adjust to the COVID-19 outbreak. Once demand returns to normal, so will the energy industry.”

And there seems to be little doubt that demand will return to normal, one way or another. As Mooney points out, oil is traded based on its future price, so the low prices we’re seeing are based on past performance—which wasn’t that great at the beginning of the year and suffered even more once the pandemic hit. “Futures prices may have dropped, but oil is still inherently valuable,” he says, predicting that when the lockdowns end, demand for oil will skyrocket.

“Some public officials think they can hasten this comeback by interfering with oil production,” Mooney says. “But this would only push the energy industry off the path to recovery. To help the industry recover, policymakers simply need to sit back and let the market work itself out.”

Meanwhile, the Edison Electric Institute, which represents investor-owned electric utility companies, said in a statement this week that its “member companies still are expected to collectively reduce their CO2 emissions at least 80 percent by 2050.”

All of which indicates that Mr. Mooney may indeed be right. While there are likely to be more bumps on the road to normalcy, energy markets already appear to be working themselves out.