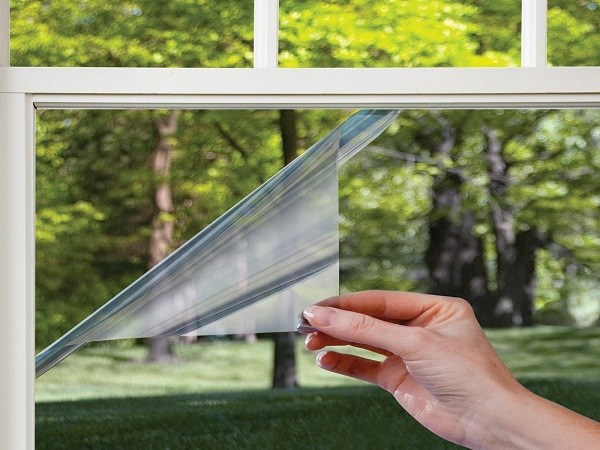 Last year, New York Governor Andrew Cuomo signed into law a statewide ban on single-use plastic bags that went into effect this month. It is estimated that New York uses 23 billion plastic bags every year with 50 percent of those plastic bags ending up in we’d rather not have them.

Despite those numbers, the new ban was met with a great deal of frustration and press fanfare.

With all of the bad press plastics have received over the last few decades, it’s refreshing to see how they may be contributing to energy conservation and the preservation of the environment for a change.

On the heels of results released from a new study on the window film market, the International Window Film Association (IWFA) announced this week that a federal tax credit of up to $500 is now available for qualifying residential window film. While some may scoff at the amount of the credit, rest assured that most homeowners reading this are going to come down on the side of “every little bit helps.”

According to the study, the global window film market size is anticipated to reach $15.7 billion (USD) by 2027, growing at a revenue-based CAGR of 6.0% over the forecast period.

A Brief History of Window Film

Once simply called “decorative window films” because their use was primarily rooted in aesthetics, economic and environmental concerns are now driving the use of window films as a way to conserve energy. Improving plastics technologies have allowed manufacturers to offer window films that now have an appreciable impact on solar heat retention.

In short, window films are novel plastics manufactured with multiple high-tech, nearly invisible coatings which are adhered permanently to the inside or outside of glass surfaces. Window films may play a key role in helping to achieve lower carbon emissions by reducing the amount of energy used in buildings and extending the life of windows that are in good condition, but lack needed energy-saving engineering (i.e., they’re older windows).

Window films have been enjoying increasing popularity across diverse industries in recent years. The aerospace industry has been employing window films for quite a few years to enhance the strength and rigidity of windows and protect interior components and furniture from outside sunlight and radiation. Window films also make it easier to clean and maintain windows.

The auto industry has also been involved with window films, perhaps for far longer than most consumers might guess. Films are part of the process in manufacturing windshields; plastic film is laminated in between tempered glass sheets to provide strength to the windshield and prevent shattering. Later, films in the form of tinted windows became popularized in automobiles for their anti-glare and privacy features.

Due to increasing awareness regarding energy-efficient vehicles, automotive manufacturers across the globe are improvising their technologies and finding sustainable alternatives to reduce fuel consumption in vehicles, thereby reducing emissions. This, in turn, is estimated to increase demand for the product in the automotive industry (Reportlinker.com).

While consumers and businesses in developed nations are at the forefront of this boom, increasing investments to develop affordable housing plans in the emerging economies of Latin America and Asia Pacific is expected to drive demand for window film in residential applications. Moreover, the growing need for energy-efficient buildings is expected to drive demand for solar control films due to their ability to reduce excess sunlight penetration inside rooms.

Getting Paid to Save

Although the report cites the impending explosion of more widespread window film use in the automotive industry, its focus is the tax credit in light of the increase in popularity of window films in the home improvement sector. The tax credit is available for up to 10% of the documented amount paid for qualified non-business residential energy efficiency improvements installed during 2019 and this year through December 31, 2020. The credit may also be available for window film installed in 2018 with the filing of an amended tax return.

“Once a professional installation has been completed, window films offer a long-term and cost-effective energy-savings solution delivering multiple benefits to homeowners eager to upgrade their existing windows in good condition to more modern building standards,” said Darrell Smith, executive director of the IWFA.

Window film may reduce solar heat gain by up to 80 percent, reduce cooling demand by 30 percent and some films reflect interior heat back inside in winter similar to low-e glass windows while allowing in natural light without the impact of harmful UV exposure. The IWFA estimates installing window film may cost up to 91.5 percent less than installing new windows.

Consumers should check with their window film installer or manufacturer to determine which window films may qualify under the tax incentive program and consult their tax advisor to determine their eligibility.