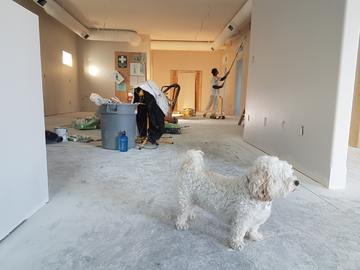 Millions of homeowners have at least thought about retrofitting their homes toward energy efficiency, and it’s likely that millions more are looking into it now that the price of renewable energy alternatives is in steady decline.

It’s also likely that many of those considering a retrofit are asking a lot of the same questions, probably beginning with this one…

Where do I start?

Typically, homeowners mull over their options in this regard in order to reduce energy bills, increase their comfort or because they’re concerned about their long term carbon footprint. In years past, of course many homeowners who considered the idea of retrofitting abandoned the idea, or were forced to amend their vision due to the cost.

Whatever the reason, there are now increasing options available to homeowners considering a retrofit and, fortunately, an increasing number of options for navigating all of those options and implementing those that make sense.

Whatever one’s budget or vision happens to be, most of the available information admonishes the homeowner to first formulate a retrofit plan based upon those criteria.

Some experts suggest engaging an experienced retrofit consultant or architect to nail down precisely what needs to be improved, and a timetable for when the work can be completed. Any existing problems with the structure should be addressed first, since some problems (such as furnaces and water heaters that were installed shortly after the Earth cooled) have the potential to compromise or negate cost-saving improvements.

Many in the renovation and design industries maintain that when considering improvements that will bolster a home’s energy efficiency, the first thing that should be addressed is air leakage, which makes up 20% to 30% of the energy loss from a typical home. As a function of how homes are built—and particularly older homes—there is always a danger of air loss through the various cracks and gaps where things fit together.

Once the home has been “tightened up,” the homeowner is then advised to move on to other notorious air loss villains like windows and poor insulation.

It is quite unlikely that most homeowners, particularly if they own an older home, are in a position to cut a check for an entire retrofit, even if they have little debt and a good income. Add to this the fact that renovation projects are notorious for taking more time than projected, and the experts advise homeowners to work in stages as they execute their retrofit plan.

After addressing air loss, for example, a homeowner might consider tackling the home’s insulation. Then, they can move on to the windows. Even the high-efficiency windows made 15 years ago are no match for those constructed more recently in terms of efficiency, so a homeowner may consider a window upgrade even if they’ve had the windows replaced within the last 20 years.

Once these aspects have been taken care of, improvements like photovoltaics (solar panels and water heaters), water recycling systems, radiant heating and “smart” technologies to monitor systems and tie it all together can be considered.

Unfortunately, for many homeowners, engaging professionals like consultants and architects carry the potential for ballooning such projects back into the cost-prohibitive zone. The good news is twofold: The first is that many of the basic improvements involved in a retrofit—such as installing insulation and mitigating air loss—are measures that most homeowners can implement themselves, or for the little cost through the local handyman.

The second is this: With the renewable energy industry coming into its own, the interest generated has given rise to all manner of resources to help consumers plan their retrofit on their own. Some of these have been pioneered by municipalities, while others have come from contractors and consultants who hope that homeowners will ultimately engage them for the actual retrofit.

It is also likely that with the fall in the cost of renewable energy solutions, more financing options will become available to homeowners. This month in Australia, their Clean Energy Finance Corporation announced a pilot program offering consumers mortgage discounts to build or buy new energy-efficient homes, and they’re calling for the program to be extended to retrofit existing houses.

Politicians, municipal managers and even those in the banking community are well aware of the need to increase energy efficiency pretty much everywhere. As a result, many are recommending huge investments in the energy economy. It is likely that in the U.S., this will translate into an increase in tax breaks and low-interest home loans for homeowners who commit to improving their home’s energy efficiency.