GM Looking Toward All-EV Cars by 2035 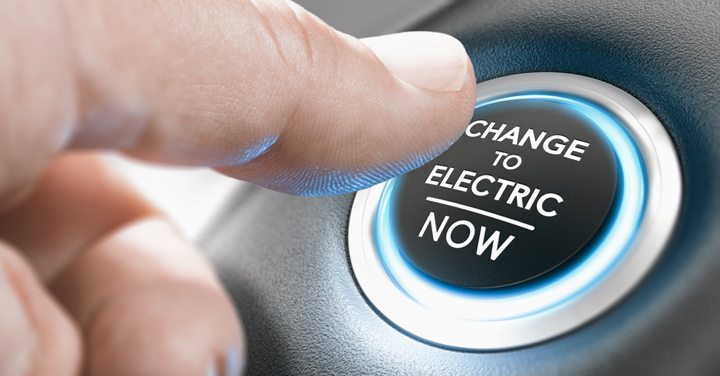 In recent years, we’ve seen a massive proliferation of hybrid and electric automobiles. While high-efficiency and electric vehicles were a desired though far-off dream when some of us were growing up, exponential leaps in technology, falling prices, and government incentives have made these vehicles ubiquitous features on our roadways.

Still, the idea of an all-EV (electric vehicle) nation seems far off, even given tech improvements and affordability. Connoisseurs still love their muscle cars, off-roaders still relish their 4x4s, and many heavy-duty applications still require the power of fossil fuels.

When one of the country’s major automobile manufacturers says they’re going to go all-electric, it’s reason to pay attention, incredulous such a statement may seem. This is what happened last week however when General Motors (GM) announced that it will stop making cars that run on gas by 2035.

Those who rolled their eyes upon seeing their first Prius in-person—but who’s noted that it is now impossible to swing a dead cat without hitting a Tesla—aren’t so quick to roll their eyes at GM’s declaration. Apart from the culture shock connected with such a massive paradigm shift in the practical sense, experts are aware that an industry move in this direction will have a far-reaching impact on the economy and the electric grid, which will need a comprehensive overhaul to handle the new demand produced by legions of new electric vehicles.

According to Greenwire, GM has also pledged to be carbon neutral by 2040. “In a partnership with the Environmental Defense Fund, the automaker said it would get there by eliminating its tailpipes, increasing its use of renewable energy, and using some carbon offsets and credits.”

Even with many aggressive green initiatives expected with the new administration in Washington, GM’s move has stirred the industry and turned a lot of heads.

Too Big to Ignore

GM has said that it plans to “eliminate tailpipe emissions from new light-duty vehicles by 2035.” This would translate into the replacement of many of its fossil fuel-dependent lines with electric versions. In the case of some of its bigger sedans and light trucks, the company knows that power will be critical, lest consumers flee to manufacturers still offering gas-powered vehicles.

The company remains ahead of the game in some respects: GM has been offering electric vehicles since the mid-1990s, which is longer than any other automaker. While the company always had plans for the EV disruption that is now occurring, they were never aggressive about mainstreaming EVs in the past due to the company’s multibillion-dollar investments in internal-combustion engine factories around the world, and the fact that prices for EVs kept consumers reluctant to make the switch for many years.

This, of course, has changed. Late last year, GM began marketing several electric vehicles that now include the Cadillac Lyriq, the Hummer EV, and a delivery van called BrightDrop. This week, it added a hydrogen fuel-cell big rig it is developing with Navistar International Corp.

According to GM spokesperson Jessica James, the switch is “an aspirational goal.” To meet their 2035 goal, the automaker needs quite a few external pieces to fall into place since other players, in and outside of the industry, make up critical parts of the green transition.