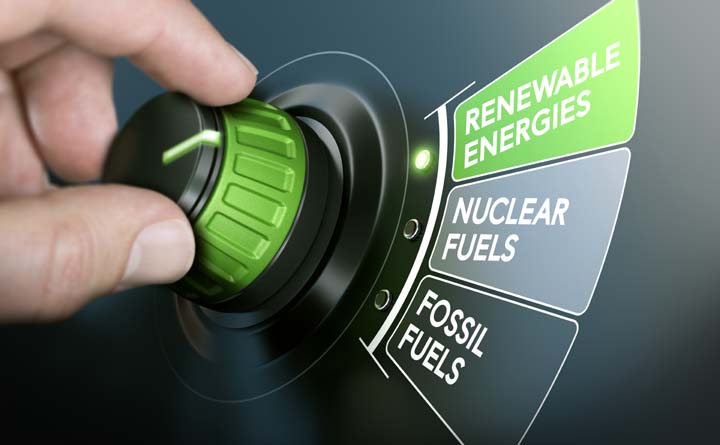 Over the last couple of decades, improvements in technology and falling prices have allowed the market for renewable energy sources to expand to a degree unthinkable in the 1970s when concerns over pollution and the ongoing availability of fossil fuels became newsworthy. While the transition from fossil fuels to renewable energy sources has been only slightly hampered by the advent of the coronavirus pandemic, there have been recent developments that almost guarantee that this transition will accelerate.

Considering the high likelihood that there will be a change in the administration in Washington, D.C., it is probable that the pace of the ongoing energy transition in the U.S. will pick up speed in early 2021. From the beginning of the election campaigning cycle, the Biden campaign made it clear that their administration would recommend legislation and implement regulatory changes to mandate and enhance major shifts in the production of energy that are already underway in some states.

According to a recent Bloomberg Law Environment & Energy Report, the next several years are likely to be an exciting time for those involved in the energy sector, as well as energy consumers. “The rise of renewable energy sources for the generation of electricity has come at the expense of fossil fuels, principally coal and petroleum liquids. An exception is the continued use of natural gas, which is the ‘cleanest’ of fossil fuels.” Natural gas use for the generation of electricity has increased over the years due to its low cost and abundant supply in the U.S.

Based on the report, 17.5% of the total U.S. utility-scale electricity generation at the end of 2019 came from renewable energy sources. “If distributable solar PV is taken into account, the percentage rises to approximately 18.3%.” The growing popularity of renewables as preferred sources of new electrical generation is even more impressive when one considers the percentage of new electric capacity added to the grid in recent years, with wind energy capacity increasing by over 9,000 MW in 2019, which was the third strongest year for new wind installations.

Action Out of the Gate

Levels of federal support are likely to change dramatically with a new administration and the passage of legislation to support the renewable energy industry. “If the Biden administration is to meet its goal of a carbon pollution-free power sector by 2035,” the report said, “then legislation and executive orders will need to be enacted in the first days to have a chance of meeting that timeline.”

Legislation and executive orders that would support the development of new technologies  (renewable, hydrogen, increased battery storage for solar and wind energy production), the extension of tax credits, and incentivizing the transition from fossil fuels to renewable energy sources will almost certainly be addressed by a Biden administration early on.

Other Improvements at Home

With these aggressive initiatives, it will also be necessary to accelerate the development of new infrastructure to achieve those goals. Measures such as the construction and installation of electric vehicle charging stations will probably arise, likely incentivized or subsidized in some manner by the federal government.

Incentives supporting the construction and upgrading of energy-efficient buildings and homes to meet energy-efficiency standards and reduced carbon emissions have already been enacted in many states. The new administration is likely to expand model regulations and legislation to the federal level to standardize requirements across the country.

For quite some time, we’ve known that the transition to clean energy was not a question of if, but of when. Considering the traditional dedication of Biden’s party to clean energy initiatives, we can almost certainly look to the next four years giving the clean energy sector a much-needed shot in the arm.