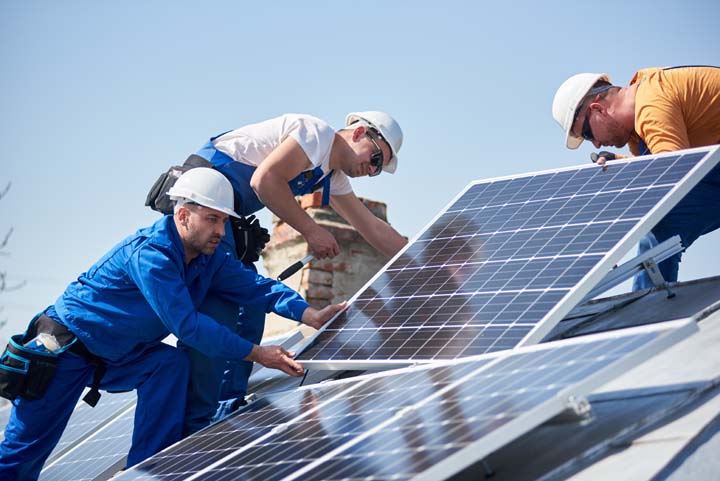 According to a recent industry report, the clean energy sector continued to see job growth last month, but concerns have been raised over the possibility that the winter months could bring even smaller gains in jobs and a resumption of layoffs.

The report, released earlier this month by BW Research Partnership Inc., found that the clean energy sector added 23,838 jobs in October (nearly double the increase from September), but the industry as a whole has yet to recover over 450,000 positions lost since February as a result of the coronavirus pandemic’s impact on the energy sector.

“October marked the fourth consecutive month that clean energy employment gained back less than 1 percent of renewable employees who were laid off during the pandemic,” said the report, which is part of an ongoing project documenting the impact of COVID-19 on the sector’s employment.

Still Behind Despite New Gains

Driven by job losses at the federal level, public sector employment dropped significantly, according to the report. Public sector unemployment continued its decline as well, “likely due to census work concluding, state economies straining under falling revenues, and increased COVID-related expenses.” Weekly claims from November 5 showed a slight decline in initial jobless claims, “but is still at a level higher than any week in the data’s recorded history before March when new programs such as the Pandemic Unemployment Assistance Program are included.”

The authors of the report also noted that if the clean energy sector continues job growth at its current rate, it will take over nearly two years for the industry to recover its pre-pandemic employment levels. Additionally, the sector will need until 2023 to hit its pre-pandemic job growth projections.

Experts and Lawmakers Alike are Wary

Most states have not yet indicated whether they will institute new lockdowns in light of the current spike in coronavirus cases, but the report asserts that the earlier economic shutdown played a role in the loss of more than 620,000 jobs for the clean energy sector between March and May. The authors of the report further stated that “potential job losses could be exacerbated without intervention from the federal government, especially since previous financial aid from earlier stimulus programs has dwindled.” Senate Majority Leader Mitch McConnell (R-Ky.) said shortly after the general election that Congress should pass a stimulus package before the end of 2020, but previous negotiations on such a deal have failed.

Several recent reports on the unemployment situation (due to the pandemic) also suggest that unemployment claims, in general, do not represent the entirety of job losses, since many workers who have been temporarily furloughed or are beneficiaries of the Paycheck Protection Program are not seeking other employment and thus do not qualify for benefits. “The data also do not include workers who had their hours slashed and are now significantly underemployed,” according to BW Research.

In the meantime, long-term unemployment has risen since March to 3.6 million, or approximately 33% of the 11.1 million currently unemployed. The current rise in permanent unemployment over the same period has also raised alarms; while this was a small fraction of the initial job losses in the Spring, it now represents one-third of the total workers unemployed.