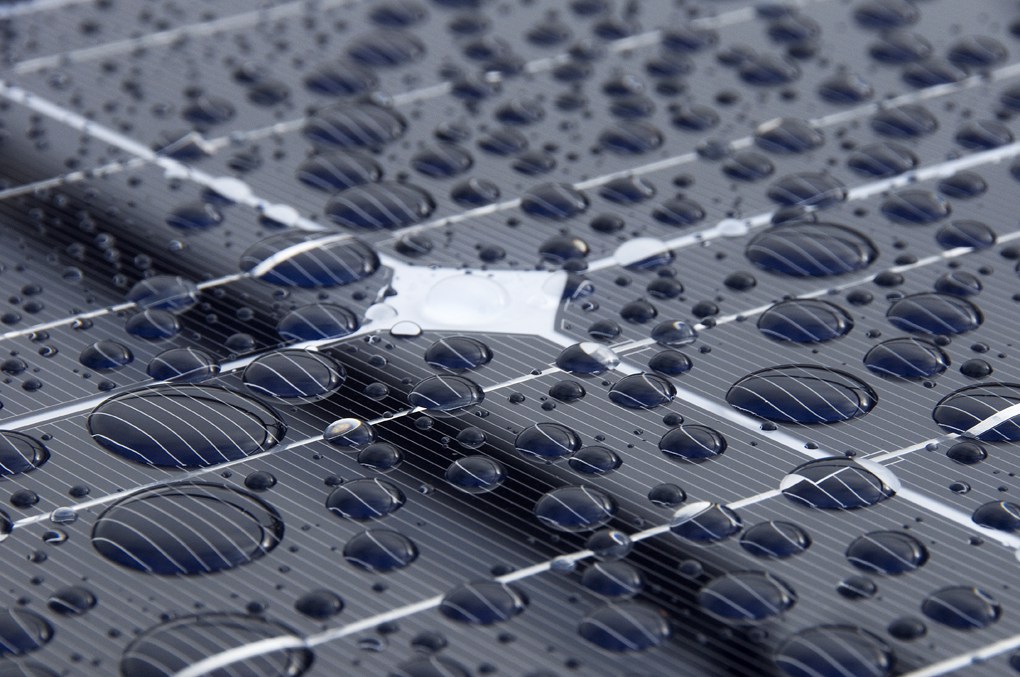 Typically, for a solar panel to generate its maximum amount of energy it has to be in direct sunlight. On days where there is clouds or rain, they struggle to reach their capacity.

Well, part of that issue has been solved by a recent invention that allows solar panels to generate electricity from falling raindrops.

Solar power installation is soaring globally thanks to costs plunging 90% in the past decade, making it the cheapest electricity in many parts of the world. But, their limitations during inclement weather and at night has harnessed their reliability.

The new device, demonstrated in a laboratory at Soochow University in China, places two transparent polymer layers on top of a solar photovoltaic (PV) cell. When raindrops fall on to the layers and then roll off, the friction generates a static electricity charge.

“Our device can always generate electricity in any daytime weather,” said Baoquan Sun, at Soochow University. “In addition, this device even provides electricity at night if there is rain.”

Other researchers have recently created similar devices on solar panels, known as triboelectric nanogenerators (Tengs), but the new design is significantly simpler and more efficient as one of the polymer layers acts as the electrode for both the Teng and the solar cell.

“Due to our unique device design, it becomes a lightweight device,” said Sun, whose team’s work is published in the journal ACS Nano. “In future, we are exploring integrating these into mobile and flexible devices, such as electronic clothes. However, the output power efficiency needs to be further improved before practical application.”

Sun said the field was developing fast and expects to produce a prototype product in three to five years. Other scientists in China have also used Tengs on solar cells to harvest some power from the wind, an approach Sun said could be added to his device. The top layer of the Teng is also grooved to help focus more light on the solar cell.

“The idea is interesting – a hybrid device that harvests kinetic energy from water without destroying the output of the solar cell during sunny times,” said Varun Sivaram, at the Council on Foreign Relations, US, and author of a new book on solar power. “There’s lots of nice engineering, like using one layer to do double duty as a component of the Teng as well as trap light for the solar cell.”

However, Varun said the power the device generates from falling rain needs to be significantly higher to start making an overall difference to a solar panel’s output. “It’s really not clear whether this is a big deal or not – I suspect it’s not.”

Prof Keith Barnham, at Imperial College London, said the hybrid device gave an important advantage in making it more compact and efficient. But he said: “Wind power is clearly the most effective and complementary power source to PV – and it works equally well in the rain!”

Other innovations in solar panel design include using the mineral perovskite as a flexible and efficient material, using so-called “quantum dots” and researching artificial photosynthesis, which uses sunlight to produce liquid and gas fuels.