6 Good Reasons We Should Use More Solar Power 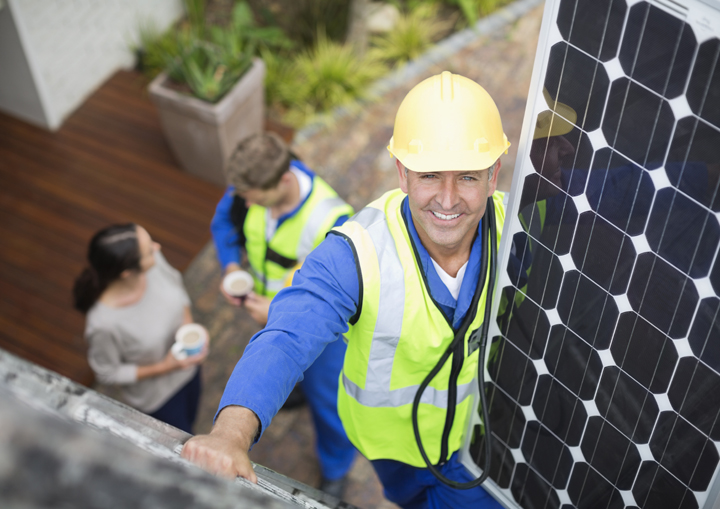 A few decades ago, many thought of solar power as a wonderful idea but balked at its implementation due to its high cost. With increasing environmental concerns, improved technology, and substantially lower prices for solar installations these days, however, the use of solar power has become increasingly popular, not only for residences but for more and more commercial applications.

Between the falling costs and tax incentives, millions who balked earlier are now looking at solar power for the short- and long-term benefits. For those considering a switch to solar power, here are six really good reasons we should be using more solar power that can help in the decision-making process.

Solar power can help lower your utility bills! We can’t get more straightforward than that.

Based on recent statistics, the monthly electricity bill in the U.S. averages from around $106.00 to $150.00. Solar power allows households and commercial buildings to cut out higher-priced conventional utility bills and save money. According to the experts, that’s nearly $2,000 that a single household can save annually. Even if you don’t happen to live in the sunnier climes, solar panels can take in quite a bit of sunlight and store the energy for days at a time. Since the cost of electricity fluctuates, by using solar power, you can lower your bill and budget your electricity dollars more effectively.

Solar Can Increase Your Home’s Value

Many who are currently in the market to buy or sell a home have already discovered that properties equipped with solar energy systems are being appraised at higher values than non-solar homes. Given the market and the direction in which consumer preferences are moving, homes with have pre-installed solar systems are more attractive than ones without, and they tend to sell frighteningly quickly. With more people becoming knowledgeable about solar power, they’re discovering how it can benefit them in many ways.

Solar is the Next Best Thing to “Free”

With a solar power system, you’re essentially generating your electricity, rather than paying utilities, providers, and the attendant taxes. Solar energy is released by the sun every day, even if the weather happens to be disagreeable. With solar panels on your roof, the system absorbs all of that energy and creates electricity that you—and only you—can use to power your home. It is that simple. Aside from the initial investment and very little maintenance, it’s the next best thing to free electricity.

It’s a no-brainer, but we’re throwing this in because it is a legitimate concern shared by millions of people. Solar power is clean, sustainable, and practically limitless. Unlike traditional energy sources, solar doesn’t produce carbon emissions, toxins, or other greenhouse gases.

Implementing solar at home is a perfect way to take that first step and doing something on a large scale that is proactive, reduces your carbon footprint, and makes a difference in terms of preserving the planet.

Solar is a Great Investment

Even with the cost of solar installations plummeting, the initial cost of the switch can still be intimidating for the homeowner. Here, it might be helpful to look at some of the savings homeowners who have switched are currently enjoying. The longer you operate your solar system, the more advantage and benefits you will see. In most cases, you can pay off your solar panel system in less than 10 years and see an ROI of 20% or more.

With the job losses incurred around the country this year as a result of the coronavirus pandemic, unemployment has become a major short-term concern. While those in the energy industry have suffered along with everyone else, the clean energy sector is poised to rebound with a vengeance. The falling costs of solar and the increasing attention of big-money solar investors mean that the availability of jobs in the solar sector will continue to increase.