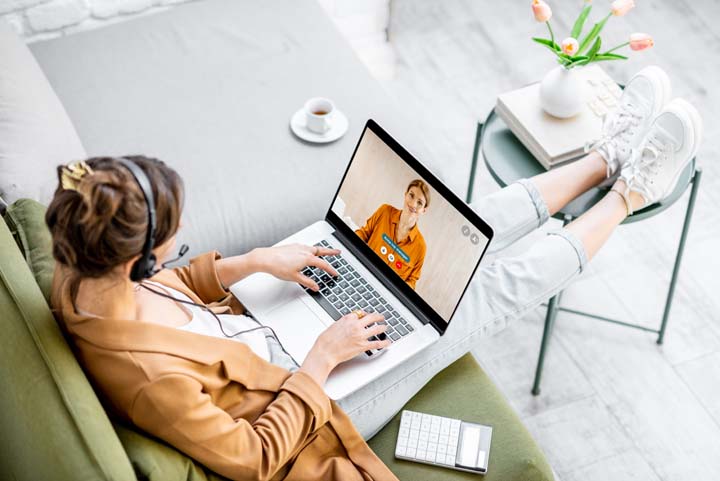 As has been widely reported, the shift to remote work during the COVID-19 pandemic has led to higher utility bills for workers whose residences have been doubling as offices since Americans were forced to isolate themselves at home. Now, in addition to powering work-related electronics, homebound workers are firing up their air conditioners as temperatures rise across the U.S.

For the past year, workers with jobs that can be performed remotely have been using their home electricity to power everything they need to get their work done. Consequently, they’ve been paying for energy they would have normally tapped into at work.

Much More Energy Use at Home

“When people are at home you’re opening the fridge, making coffee, cooking meals you would otherwise have had at the cafeteria or out. So, in general, being home entails using a lot more residential electricity,” offered Steve Cicala, a professor of economics at Tufts University specializing in energy and environmental economics. “Heating and cooling and weather is a part of it, too. As it gets hotter, you are cooling entire houses instead of a business — and that means using more power.”

Residential utility bill increases might not be as drastic this summer as more offices begin to welcome people back under hybrid work arrangements, according to CBS News. But part-time remote workers will still be spending more on utilities at home than they would if they were working the entire week at the office. Ultimately, hybrid work models are predicted to inflate overall energy consumption for both residences and commercial entities.

According to Cicala, “One wrinkle is a lot of offices are pushing to reopen at the same time, so if we get a more mixed format, where you have on the one hand significant numbers of people spending some share of time at home while offices are reopened, the total energy consumption is going to go up.”

Vijay Modi is a professor of mechanical engineering at Columbia University who studied residential energy consumption in New York City during the pandemic. He estimates that workers who remain home this summer during the eight hours they’d usually spend in an office will consume one additional kilowatt of energy per day. This translates to an additional 20 cents a day, or four dollars per month on average, according to Modi.

While it has become relatively common for employers to partially reimburse workers for things like internet and mobile phone bills, it’s rarer for companies to pay workers’ utility bills. This is partly because it’s hard to determine how much energy is used for work versus home use. And while the internet might be essential for some jobs, air conditioning or other modes of cooling are not.

Certain states and jurisdictions require employers to cover the cost of everything employees need to do their job. “But the key is it has to be a necessity,” said Aaron Goldstein, an employment attorney at international law firm Dorsey and Whitney. “For example, if your employer provides a wireless hotspot that has crummy bandwidth but it’s enough to do your job, you’re not entitled to reimbursement for higher-speed internet,” he explained. While it’s not required by law, employers could decide to reimburse employees for some remote work expenses and offer it as a job perk.