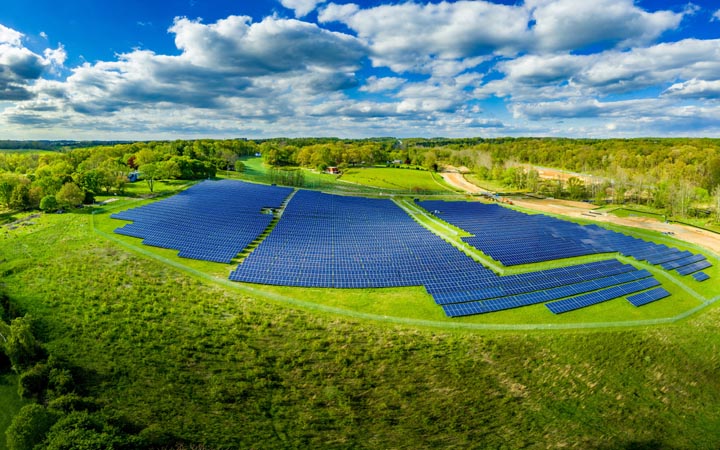 Fifty years ago, when consumers, activists, and politicians first began to show serious concern for the environment, pollution, and the ongoing availability of fossil fuels, the idea of the U.S. becoming 100% reliant on renewable energy sources was almost laughable. Even 25 years ago, most consumers and industry observers believed that while this was a laudable goal, it would probably be closer to a century before we could bring this about due to limits of existing technologies and the sheer costs involved.

Recently, however, a study by a group of researchers at Stanford University and the University of California at Berkley has shed new light on the feasibility of implementing those 100% renewable goals. The proposals that came out of the study are decidedly ambitious and some industry experts remain skeptical, but it’s clear that we’re far closer to making the 100% renewable energy future reality than many may think.

And the experts say that at this point, it’s not only possible, but it’s affordable as well.

The Roadmap to 100% Renewable Energy

Based on the Stanford-UC Berkley study, 80% to 85% of America’s energy demand could be supplied via wind, water, and solar energy sources by 2030, with the remaining 15-20% being feasible within the subsequent 20 years. The study’s parameters would include an aggressive program of transforming the automobile industry (cars, trucks, and buses) along with railroad to accommodate 100% electric energy.

There are also proposals on the drawing board to expand this electric power paradigm to the airline industry, ideas that were met with even more criticism among industry skeptics. Overall, the proposals coming out of the study’s data would necessitate an unprecedented degree of government intervention, which critics believe would give rise to an unprecedented degree of opposition from various sectors.

So How Do We Get There?

Setting aside the study’s assumptions, the naysayers, and the possible unforeseen pitfalls, the question of how to get to 100% renewable energy remains. Most engineers, scientists, and researchers agree that getting to that initial 80% to 85% probably won’t be too difficult. But how do we squeeze out that remaining 15% to 20%?

The researchers believe that one of the major prerequisites to realizing the 100% renewable goal is in establishing a unified national grid. At present, they say that “our existing grid is divided into three major parts and exchanges very little power between them: the western interconnection, the eastern interconnection, and Texas. A national grid would allow the states that produce more renewable energy than they can consume to export it to states that don’t.” In establishing a unified grid, all of the energy generated by renewable sources could be utilized immediately, which is not the case right now.

For example: According to the Wind Energy Association, 87% of the wind energy available is generated by 15 states. Unfortunately, according to current use and future projections, these are only expected to account for 30% of the nation’s energy demand by 2050, due to the existing transmission infrastructure and the current state of the grid. A unified national grid would raise that 30% figure dramatically because that surplus wind energy would be utilized at a much higher rate.

Traditionally, the paradigm for building electricity infrastructure has been in factoring existing demand and forecasted growth. The proposals drawn from the Stanford-UC Berkley study advise overbuilding electrical generation capacity dramatically.

The authors of the study say that by 2050, the average U.S. energy demand will reach 2.6 TW. Based on their model, we will require 6.5 TW of total energy capacity—about 2.5 times as much as current calculations—to meet the 100% renewable goal with an updated grid. At present, U.S. energy demand is around 1.2 TW.

Focusing on currently available renewable resources, the study lays out some of the more affordable ways the U.S. can achieve that 100% renewable goal. These include just under half a million new wind turbines (onshore and offshore), over 45,000 new utility-scale solar-PV power plants, over 200 100 MW geothermal plants, 100 MW geothermal plants, and heavy implementation of commercial and residential rooftop photovoltaic systems, among other things.

While all of this will carry a price tag of around $4.5 trillion given the current technology, the study’s authors say that the requisite technology is continuously improving, the costs surrounding renewables are coming down, and the money will be spent on existing energy infrastructure over the next few decades anyway.

Their conclusion? Since the nation is committed to getting to the 100% renewable goal in any event, there’s no time like the present for beginning implementation.