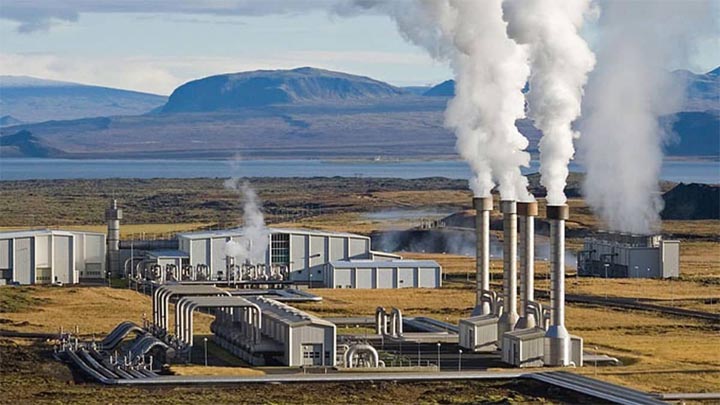 Despite the decidedly mercurial nature of the energy industry this year—with an oil price war bringing falling prices early on, and then the upheaval brought about by the COVID-19 pandemic—development in the renewables sector has continued apace. If anything, it has stepped up, given the falling prices of renewables, growing favor with investors, and the likelihood that we’ll have a new administration in Washington in short order.

As we learned in science class, there is essentially a nuclear furnace in the center of the Earth in the form of its molten iron core. Under incalculable tons of pressure from above, this subterranean energy source has been in operation since the planet was formed. At around 4,000 miles below the Earth’s surface, temperatures in Earth’s center exceed those on the surface of the sun. Given the simple physics involved, this heat migrates upward, with molten rock (magma) nearing the surface and carrying enormous heat.

In theory, all we need to do is find a way to reliably tap this energy, which is essentially boundless.

In 2006, researchers at MIT estimated how much extractable geothermal energy may lay below the continental United States. This estimate came in at around 200,000 exajoules—so much that tapping even 2% of it could supply 2,000 times the primary energy needs for the entire country, without needing technological improvements in drilling technology.

In 1960, the first commercial geothermal plant in the U.S. opened in northern California. Unfortunately, between shortcomings in technology, lack of public interest, competition from fossil fuels, and the growing interest in other renewable sources that came about during the 1960s and 1970s, geothermal was relegated to the back burner (no pun intended) of technological development.

“Despite its enormous potential,” said researchers at MIT, “the geothermal option for the United States has been largely ignored.”

Today, geothermal is a very small player in the US energy industry (supplying just 0.4% of the country’s electricity last year)—but this is changing as a result of how the renewable market has changed. As inexpensive as wind and solar energy have become, they can’t generate electricity all the time, even when paired with energy storage technologies. Thus, grid operators are constantly on the lookout for ways to ensure steady electricity, even if peak demand occurs very infrequently.

Thus August, California’s grid was on the verge of collapse, with thousands of megawatts of solar and wind power going offline and natural gas plants failing to kick in and fill the shortfall. Rolling blackouts ensued, with engineers desperately searching for ways to make up the megawatts.

California plans to generate 60% of its electricity from renewable sources by 2030 and plans to eliminate all greenhouse gas emissions by 2045. To meet that goal, its grid needs far more carbon-free energy that’s available on demand.

These goals and the desperate circumstances that came about this summer ultimately led these engineers and leaders in California’s utility sector to take another look at geothermal. Driven by entrepreneurs and people like Dennis Kaspereit, vice president of the Geothermal Resource Group, suddenly deals were being signed to develop new geothermal projects, despite record low prices for wind, solar, and natural gas.

“Geothermal is the cheapest [energy source] when you add the externalities in,” said Kaspereit. As a result of this and a confluence of other factors, geothermal producers announced three new agreements in California for 2020, the largest being a 25-year, 40-megawatt deal valued at $627 million.

With the economic imperatives, growing interest, and low cost of geothermal, advocates for geothermal energy believe that a little public relations and government support could go a long way toward making geothermal a key player in the transition to 100% clean energy.