Is Hydrogen a Viable Non-Renewable Stopgap? 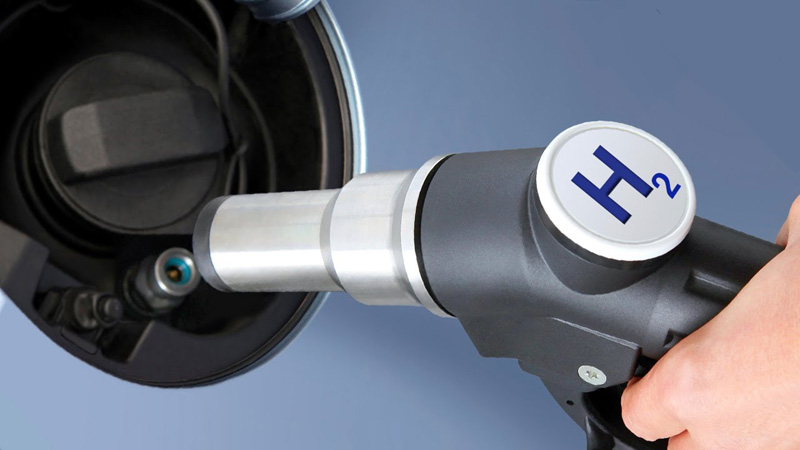 It is indeed a pivotal time for clean and renewable energy sources, and for those in any way involved in the industry. After over four decades of contentious debate and a tug-of-war between energy providers, governments, activists and the public over cost-effectiveness, the cost of clean and renewable sources has finally started to plummet. In fact, according to the U.S. Energy Information Administration (EIA), new electric generating capacity in 2020 in the U.S. will come primarily from wind and solar operations.

As some engineers work to improve solar and wind applications, others are continuing their work in cleaning up existing energy sources. Anyone who drives an automobile or takes the bus these days has probably noticed the proliferation of natural gas-powered vehicles, and the pride of municipalities that have initiated clean energy policies and programs.

In September of last year, the International Renewable Energy Agency (IRENA) released a publication entitled “Hydrogen: A Renewable Energy Perspective,” which examined “the potential of hydrogen fuel for hard-to-decarbonize energy uses, including energy-intensive industries, trucks, aviation, shipping and heating applications.” Then, a video produced by The Wall Street Journal on Jan. 21 carried the headline “Can Hydrogen Fuel the World’s Fast-Growing Energy Needs?”

Which are just the things industry observers refer to as “emerging trends.”

A Small Molecule With Big Potential

As anyone who paid attention in high school chemistry class knows, hydrogen is the smallest and lightest molecule in the Periodic Table. Well, the comparatively small size of the molecule belies the impact that experts believe hydrogen is poised to have over the next few years.

A recent article in Scientific American details a new initiative in Cappelle-la-Grande, a village in northern France, where “a new electrolyzer machine inside a small metal shed zaps water with electricity from wind and solar farms to create ‘renewable’ hydrogen that is fed into the natural gas stream already flowing in the pipes.”

According to the IRENA report, “hydrogen has emerged as an important part of the clean energy mix needed to ensure a sustainable future. Falling costs for hydrogen produced with renewable energy, combined with the urgency of cutting greenhouse-gas emissions, has given clean hydrogen unprecedented political and business momentum.” This is reinforced by data such as that garnered by Hydrogen Council and McKinsey & Co., whose study “Path to Hydrogen Competitiveness: A Cost Perspective” outlines three core market drivers: a steep drop in production costs, higher load utilization cutting distribution and refueling costs, and additional cost drops from scaling up of end-use equipment manufacturing.

As determined by industry standards and cited in the IRENA report, there are three  sourcing options available for the utilization of hydrogen:

Green hydrogen produced through renewable-powered electrolysis is projected to grow rapidly in the coming years. In the current industry climate, this is likely to drive prices down even further, making hydrogen as a stopgap toward 100% clean energy solutions even more attractive.

According to IRENA, a hydrogen-based energy transition is not likely to occur overnight, as it were, with hydrogen being likely to catch on for specific target applications at first. The need for new supply infrastructure could limit hydrogen use to countries adopting this strategy.

Among these targets, applications are transportation, or more specifically, shipping. Shipping costs affect the price of just about everything, most significantly food and consumer goods. At the World Economic Forum in Davos, Switzerland this week, leaders from around the globe were treated to data from the Hydrogen Council report, which estimates that the cost of hydrogen for heavy-duty trucks could reach parity with low-carbon sources like battery electrics and even diesel fuel in some markets very soon, with the overall cost projected to decrease by up to 50% by 2030.

With falling prices, there is even more motivation for the industry to pursue new ways of utilizing hydrogen, whether of the grey, blue or green variety. A company in Calgary recently announced that it has developed a way of separating hydrogen from oil sands while leaving the carbon in the ground, a process that they call Hygenic Earth Energy, or HEE.

As with certain other novel energy-sourcing methods, some of the implementation costs attendant to expanding the use of hydrogen will be offset by the fact that certain elements of the infrastructure is already in place. Dedicated hydrogen pipelines have existed for decades in some countries, and could be refurbished along with existing gas pipelines to meet the increasing demand for hydrogen.