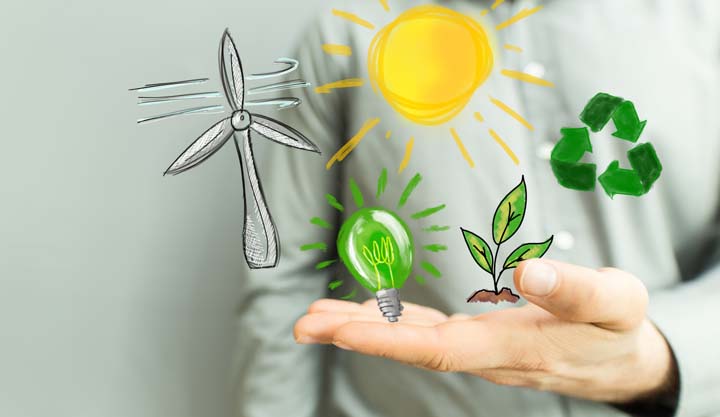 Earlier this week, Pennsylvania Governor Tom Wolf announced a major clean energy initiative that is intended to generate almost 50% of the state government’s electricity. The plan involves the construction of seven new solar energy arrays capable of generating 191 megawatts. As a part of Wolf’s GreenGov initiative, Pennsylvania’s Project to Utilize Light and Solar Energy (PULSE) is scheduled to go into operation on January 1, 2023. According to the governor’s office, the project is the largest solar commitment by any government in the U.S. to date.

“In issuing the GreenGov challenge,” Wolf said, “I charged state government with leading by example in demonstrating sustainable governance and lowering greenhouse gas emissions to reduce the risks of climate change in Pennsylvania. This included significantly reducing energy use and pursuing an ambitious goal of obtaining at least 40% of electricity from clean energy generated in the state. I commend General Services for their GreenGov leadership in not only meeting this goal but exceeding it.”

Citing Pennsylvania’s leadership in clean energy initiatives and its efforts to diversify their grid with clean renewable sources of energy, Wolf stated his office’s intention to maintain Pennsylvania’s leadership position and bring the associated economic, health, and environmental benefits to all in his state. “As Pennsylvania’s Alternative Energy Portfolio Standard – which has driven solar and renewable development for the past decade and a half – sunsets at the end of May,” Wolf said, “we need more of the innovative, resourceful thinking demonstrated in this project to keep the market for clean renewable energy strong in the commonwealth.”

The new solar arrays are slated to be built in seven locations in six Pennsylvania counties. Once completed, the 191-megawatt project is expected to deliver 361,000 megawatt-hours of electricity per year, supplying 100 percent of electricity for 434 accounts across 16 state agencies. The project will create over 400 jobs and—according to Wolf’s office—start lowering statewide carbon dioxide emissions by 157,800 metric tons each year. This is the equivalent of emissions from nearly 27,000 homes or 34,000 cars.

The new initiative also involves a novel retail paradigm that should guarantee a 15-year fixed-price supply arrangement for the state. The Penn State Facilities Engineering Institute, serving as a technical advisor on the purchase, brokered an agreement between General Services and Constellation, a Pennsylvania Public Utility Commission-licensed electric generation supplier, to secure the deal.

According to General Services Secretary Curt Topper, “Pennsylvania PULSE reflects our commitment to making renewable energy the heart of DGS energy strategy. The contract with Constellation provides us with long-term price protection and budget certainty, while the retail purchase model coordinated by the Penn State Facilities Engineering Institute is groundbreaking in enabling us to obtain an in-state solar energy supply for over 400 accounts with administrative and fiscal simplicity. We’re excited to have this new model in place as we work toward more clean energy use in the future.”

The clean energy sector added nearly 7,800 jobs in Pennsylvania in 2017-2019, significantly exceeding the average overall job growth in the state, according to the 2020 Pennsylvania Clean Energy Employment report. Governor Wolf’s 2019 Climate Change Executive Order set a goal of lowering his state’s greenhouse gas emissions 26% by 2025 and 80% by 2050.