Syracuse is the 5th most populous city in the state of New York with an estimated population of 145,252. Located in central NY, it has a metro area of over 650,000 people and is know as the educational hub on New York with serval universities. When the state of New York deregulated their energy market in 1996, it gave Syracuse residents a choice to shop their electricity and natural gas rates. Retail energy providers started to enter the market and offer their own rates to compete with the utility’s supply rates. While thousands have switched off their utilities, the majority of residents still have not shopped and compared rates. For more information on Syracuse energy usage, sources, solar potential, and energy rates see the graphs below. 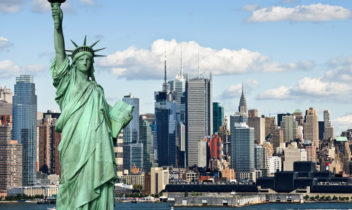 Home and business owners in Syracuse, NY have the option of switching electricity providers which can significantly lower your electricity bill. Here are some of the top plans in your area:

Want to help the environment by going green? Through the purchase of REC's, we make your energy renewable 100%. Plus, your commodity rate stays put, guaranteed, for 24 months. With this rate, there's no early cancellation fee and no monthly service fee.

Market rates can go up and down, but with this fixed plan, you can lock in your fixed rate for 24 months so you don't have to worry. With this fixed rate, there's no early cancellation fee. Enjoy peace of mind with a fixed rate.

Syracuse, NY produces energy from a variety of sources. Here are the state’s current energy sources and energy production trends.

Looking for a specific city in New York? Check out our featured cities below for more specific energy usage information.