The city of Pittsburgh is home to 305,704 residents and a metro area of over 2.4 million. Know as the “Steel City”, the industrial sector uses the majority of the energy in the city. In late 1996, Pennsylvania pass House Bill 1509, also known as the Electricity Generation Customer Choice and Competition Act, which started the process of deregulating the PA energy market. Prior to the bill being passed, consumers in Pennsylvania were paying nearly $10 billion per year in energy prices. The goal of this bill was to drop that number by $2 billion per year by introducing competitors to the energy market. For more information on the Pittsburgh energy market, see the graphs below.

Check Out Our Latest Video on Pennsylvania 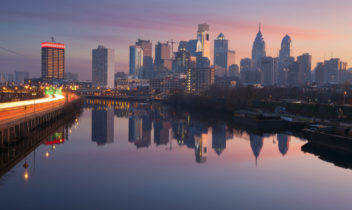 Home and business owners in Pittsburgh, PA have the option of switching electricity providers which can significantly lower your electricity bill. Here are some of the top plans in your area:

Lock in a great rate for 6 months! No monthly fees!

Pittsburgh, PA produces energy from a variety of sources. Here are the state’s current energy sources and energy production trends.

Looking for a specific city in Pennsylvania? Check out our featured cities below for more specific energy usage information.